Fantan Mojah mourning the loss of his mother 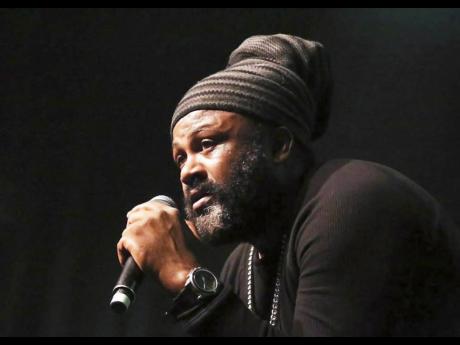 Recording artiste Fantan Mojah is today mourning the loss of his mother who passed away on Monday at the Black River Hospital in St Elizabeth from a prolonged illness.

Fantan Mojah, who declined to give his mother's name or her illness, told THE WEEKEND STAR that his mother meant the world to him and he has not been coping well with the news.

"Mi never really come out inna di public and talk 'bout it, but mi mada sick right before mi buss inna music. She died at 67 years old so she was really young when she got sick and mi just a give thanks say di buss came when it did das me coulda help her, take care of her, pay her bills dem, get her medication and dem thing deh," he said. "My mada did mean everything to me. Memba a me sing say 'mama hungry' innu and when yuh check di levels, a really she mi did a sing di song fa. Inna some ways, when mi sing da song deh is like mi a say mi nuh wah mi mada fi hungry again. When yuh pree dat, yuh know how far the love go."

"Mi just glad she get some a di nice things dem, experience some good life and all a dat before she pass off," he continued. The singer said he was in the process of putting together his next studio album when tragedy struck. His mission now is to pen a track that would honour his mother's memory.

"Mi cry whole day when mi hear. Nuh know mi self. Whole day mi nuh eat and mi never feel fi eat. The whole family inna sadness now," he said. "But mi have a album weh just ready fi drop and mi ago put a special song fi mommy pan it. One deh deh already but mi have a next one weh mi ago 'livicate' to her. Right now though, mi just a look now fi gi mommy a good send off."