Binelly is enjoying the ‘ride’ 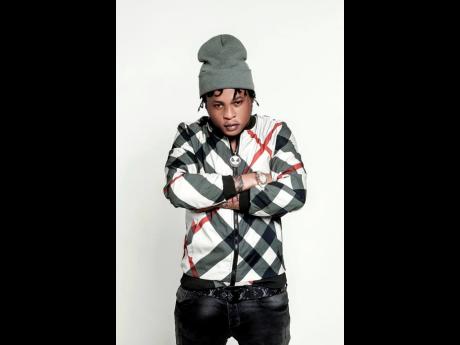 Recording artiste Binelly believes that 2021 will be his breakout year, as the public has already warmed up to his distinctive sound after releasing the single Ride.

"The disc jocks are giving it a reasonable amount of airplay. However, I have perfected my craft and I am positive that my strategy will give me my big break," said Binelly.

Ride is produced by international producer Damage Musiq and distributed by One Rpm.

"It's a blessing to be working with an experienced hitmaker producer. I've been seeing growth ever since damage acknowledged my talent and I am very grateful," said the artiste.

The Trelawny native, given name Martico Gardener, says he believes that music should be used as a tool that seeks to empower, educate and relax the minds of listeners, rather than to help stir controversy and focus on negativity.

"The energy you give off as an artiste is the energy your fans will adapt to. I want my fans to feel uplifted and entertained," he said. Known among his peers as 'The Versatile One', Binelly's work has given him a reputation as an artiste who creates relatable dancehall music.

"So far, I have been getting great feedback as far as Africa on my career. My song is also on rotation in Connecticut on radio stations. It's only forward from here, non-stop work," said Binelly.