The world is hungry for ‘real’ dancehall, says Konshens 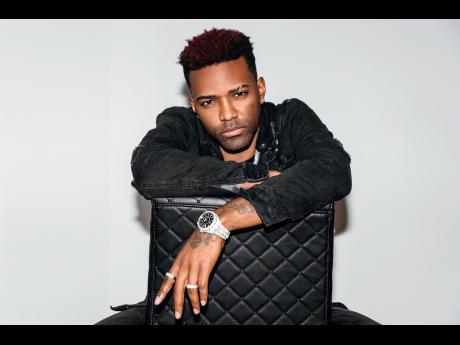 For many, both 'yard' and abroad, d ancehall is a feeling, a depiction of the community and culture. With violence parading the streets, what people see and hear pervading in the country's music mimics that of a wild plague.

"Life is changing, dancehall is no exception. While I embrace change, I still think it super important to keep our root in dancehall, especially the feel good, uplifting and melodic dancehall with hard drums, powerful snares, good tempo and edgy top lines that the world loves," Konshens told THE STAR.

He continued: "The likkle driving music and hip-hop flow dem nice fi di yutes dem and remember is a hip-hop flow buss me wid Winner (in 2008). So we been ah do dat long time before it became the new trend today ... but the world hungry for real dancehall at the same time."

In making dancehall great, Konshens says there should be less complaining from the industry players and more action.

"Stop cuss di yute dem say dem ah mash up dancehall. If you leave your little son who is 12 years old in your house and tell him to run it and he decides to keep a 'trap party' while you are asleep because ah trap him like, you can't complain when the house get trashed and police raid it. Better you have a house and give him two or three rooms for him and his friends to enjoy themselves. Stop chat ... act," he said.

Konshens claims to make a move towards his goal with his latest track Dancehall Love Story, produced by Y.G.F. Records, Ridwaan Razak and Submachine Entertainment, and its accompanying music video.

He said: "I want the outside world to view Jamaica and dancehall music in the happy, sexy, and romantic ways that they once saw it, that is one way I am taking action towards change."

He says that the rhythm sounded like a dancehall love story. While he describes his love story with dancehall as "a different kind of love, not a romantic one", with Jamaica's dancehall current culture being a celebration of dancers, disc jockeys and sound systems, several aspects of the music video were produced to reflect this.

"It is very common when di foreigner dem fly in and get a dose ah di yute dem flavour, dem get addicted," he said.

Konshens says he did not play the main character "Because me think the skankaz dem live out this story much more than artistes do."

With the music video already garnering more than 70,000 views on YouTube within three days of its posting, Konshens anticipates the video acting as a visual campaign for persons to interpret the dancehall love story.

He also hopes "To show persons considering travelling to Jamaica that there is a whole other side that's not just the tourist side or the gangster side."