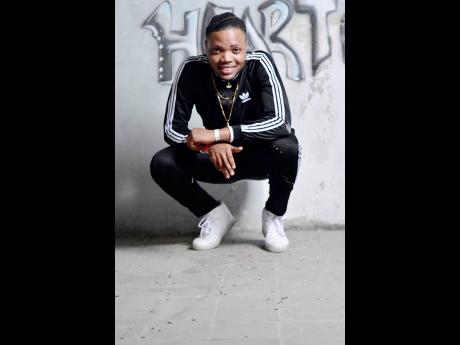 The local dance market may be just about flooded with talent waiting to be discovered, says Wayne Richards, a popular street dancer, who hails from the Kingston 8 area.

Even that did not tarnish his dream of becoming a recognised name in dancehall.

The 21-year-old has practised dance for more than a decade, first with a group called Extreme Empire, and now as a member of Fantastic Steppaz.

With the latter, he has been exposed to competing in dance and has also been featured in popular music videos, including Ishawna’s Slippery When Wet and Voicemail’s Language.

“I like to say I have a title with every dance competition in Jamaica,” Richards shared of placing second in 2017 Dancin’ Dynamites and winning the Supligen Boost Your Move Challenge in the same year with the Fantastic Steppaz.

Richards also led his team to the finals for the World Reggae Dance Competition in 2018, where they placed third.

“The competitions have been rewarding, especially the scholarship we won to study at the Excelsior Community College’s School of Performing Arts,” Richards said. “But we don’t get the respect or highlight we deserve locally; in order to make money from dancing, it is usually the foreigners that come in to support us or book us to perform overseas.”

For the past month, Richards, known in dancing circles as Wayne Fantastic, has been participating in dancehall workshops in Mexico and Panama.

“For a first-time experience, it has been an enlightening one. I can only say it feels good to know that my talent gave me the opportunity to leave Jamaica,” he said.

He emphasised that in educating participants from the Spanish-speaking areas, the focus has been to not only share the correct technique for dancehall steps and information about Caribbean culture, but “to show the local dance community that dancehall street dancers are valued across the waters.”

“My main aim is to spread the culture and make my fellow Jamaicans see that dancers are worth more credit than what is given. You will find many entertainers nowadays setting up dance challenges because it is the dancers that develop choreographies that potentially become viral and make the music popular, but it does not necessarily guarantee us being hired; I want to help change that,” he said.

He is more motivated than ever to create dance routines to reggae and dancehall music and has recently shared his choreography to Rapture by Koffee.

Wayne Fantastic will remain in Mexico City for two weeks, where he will host four classes on June 15 and June 16.