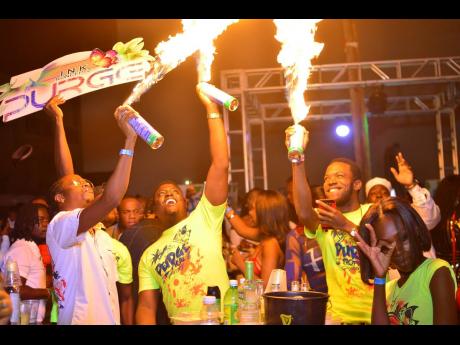 In this October 2018 file photo, these patrons turned up the heat during a party. 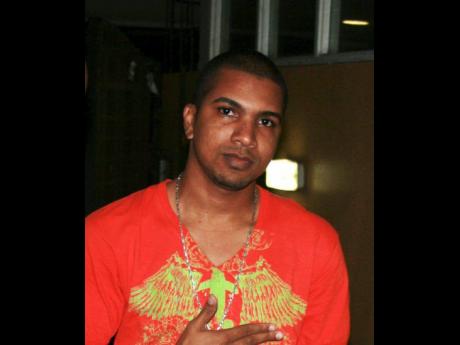 Summer hits are those songs that normally get popular during the summer and top the charts. However, things seem to be changing, as fewer artistes are recording songs for the season.

In order for any summer song to be a hit, producer and artiste manager Julian Jones-Griffith said that entertainers must come with the right attitude and any new music recorded for the season needs to be up-tempo beat with a topic also carrying similar weight.

"The entertainers must take a positive direction. It is often party or flossing-related, but it could even be about relationships with a more fun approach," Jones-Griffith told THE STAR.

"When a person tries to manufacture a hit for a specific market or season - such as a summer song - nothing is wrong with over thinking it, but it may end up just being too obvious. I always say just make one hit song rather than make hit songs for a specific purpose."

But these days, Jones-Griffith is hearing fewer summer songs

"Dancehall is ultra-competitive, so artistes are always trying to get ahead or have a song that runs the place, so they pressure themselves. Sadly, there haven't been that many bona fide songs of the summer for the past three to five years," he said.

"Now songs rise and fall every couple of weeks. Whether it has to do with the sheer volume of music that is being put out these days or consumers' constant desire for new content, there just doesn't seem to be that song of the summer as we have seen in the past."

"The tracks that spoke specifically about the summer have been reduced," ZJ Chrome said. "As average listeners, persons are able to detect a hit if it is fun and has a summer element to it."

The popular disc jockey, who is also a producer, explained that the music is dependent on the trends of each season.

"Making a summer hit is just part of our tradition, and we always try to make a summer hit. We output so much music. We have a song for every season. Back then, the trend was Clarks. Now producers and artistes have to be up there with trends to find the right formula to connect with the audience," ZJ Chrome said.

Already dancehall listeners have named songs like Shenseea's Blessed, Popcaan's Party Business, Polo by Hot Frass and Shape Nice that was done by Afro B, Dre Skull and Vybz Kartel as hits for the summer.

However, ZJ Chrome said: "It may be a bit early to predict which production walks away with the crown. Right now, Polo is already a hit, but I don't think it will last through the summer. It all depends what other songs are released."

While the summer hits have been fewer in recent times, Renaissance Disco's DJ Shella is hoping to hear some bangers.

"The hits normally come fast and furious, especially in a talented island like ours. In the end, social media and crowd response at the parties will help the people decide. It only takes a few days for a new, well-written and recorded song to come out and steal another's shine," he said.

"I think my colleagues would agree with me when I say we're watching carefully to see who will be dropping the top summer banger. It's been a while since we've had a serious hit. Most have been misses."