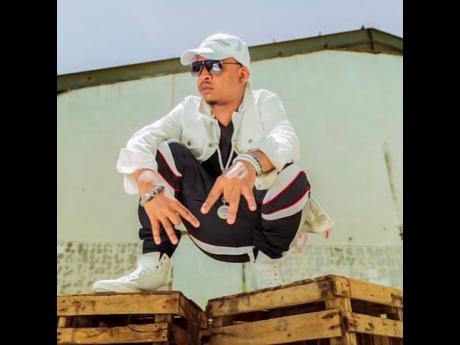 Dancehall entertainer Chase Cross admits that he has faced his fair share of struggles over the past year, but he plans to use the lessons learnt to explore new roads.

"As the entertainer the public was introduced to, I am still very hard core, but the side people are seeing of late has to do with maturity," he told THE STAR.

"I was going through some little things for a few months, personal things that I am not ready to discuss because of the emotional pain, but most of it had to do with the loss of my cousin and uncle in the space of two weeks. Using music as therapy has always been it for me."

In June of 2018, Chase Cross, who is known for his affiliation with the popular Mavado's Gullyside Crew, was arrested and charged for assaulting a man accused of shooting at Mavado in the Cassava Piece community in St Andrew.

Having been cleared of all charges in February, the Better Days deejay said he "has been making good music that stays real and true to my original style but shows a different side of the talent".

He also has been busy releasing the music videos for several tracks from his Gully Thing EP, including Satisfied, Real And True, and the title track, Gully Thing.

"The fans kept requesting a video for Gully Thing, so I decide that is what I am going to do to push it more. As the song says, 'From yuh see the gully side a just militancy.' That just simply means we go hard with the music and also when we party. So that's why the music video was done in that scenery to give a summer party type of vibe," he said.

"It is not necessarily about creating a summer hit like what many entertainers are concentrated on at this time, but anything that is released will depend on the vibe I am in."

Chase Cross said that there are plans to release a track, titled Clear The Way, which he said is "more on the spiritual end of the music".

"It is not exactly gospel, but mi a ask Father God through all the negative fi clear the way for better," he told THE STAR.

Meanwhile, Chase Cross is scheduled to perform in New York this weekend at Summer Fest, which also features Aidonia, Mavado, and Jahmiel.