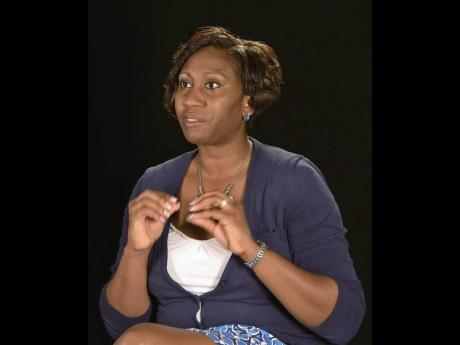 Children's Advocate Diahann Gordon Harrison is suggesting that entertainers, especially those who are parents, "realise that they have to keep their parenting responsibilities separate from what they think they must do for a living".

Harrison's comment to THE STAR came after a post made by Shenseea showed her lying in bed with another female. It has been assumed that the photo was a publicity stunt.

The image initiated several discussions across social-media platforms that touched on social responsibility and the messages portrayed to the youth by entertainers.

Although not aware of the discussions, the children's advocate said, "While we can hope that responsibility will guide what people share, especially when they are well-known figures, unfortunately, this is just a hope."

She continued: "Social media is not the most controlled or regulated space in terms of the content that people choose to post. What this means, therefore, is that a parent's job becomes that much harder. We have to be prepared to have certain discussions with them if and when they see content that we regard as inappropriate for them. To the entertainers who are parents, don't compromise on parenting duties and the setting of good examples for your children."

Meanwhile, Janice Young, well-known public-relations specialist and media consultant, says the issue is not about keeping the content out of the spaces that our children frequent.

"Sometimes we are too quick to hide realities from children, and the more we make things taboo, the more interested kids are in finding these things. We need to explain to children why some things are wrong or immoral without hiding that content from them in the first place," Young told THE STAR.

Young said that while entertainers need to take responsibility for what they put on display, there is a place for mature content and freedom of expression.

"The platforms like YouTube and Instagram need to put better guidelines in place to improve censorship. Instagram has removed explicit content from entertainers like Dexta Daps, but this was done after it received 100,000 views and someone having to report it," she said. "Parent and, by extension, 'the village' need to increase the vigilance in digital filtering for kids, but it doesn't mean adult content and sexual expression shouldn't be posted."