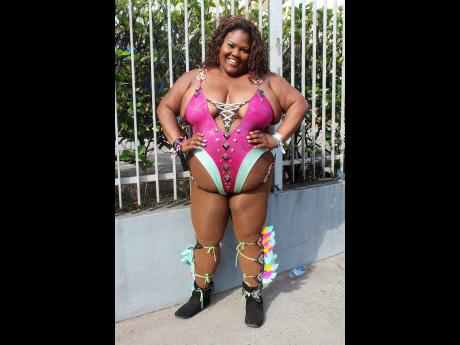 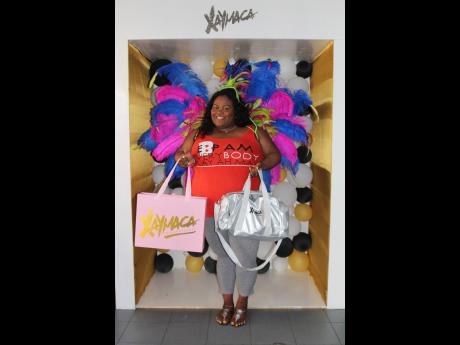 Nadelle is registered with the Xaymaca band this year, under the Mendoza section, which is designed by Dania Beckford, owner of Broadtail Designs. 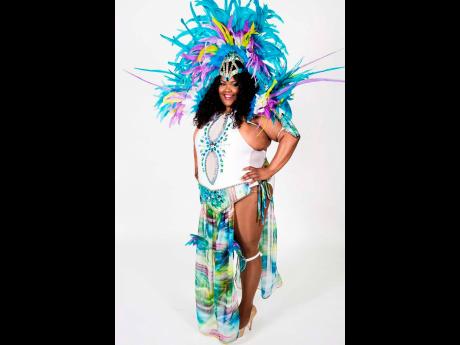 Nadelle Lewis, a full-figured model from Toronto, Canada, is back in Jamaica for carnival. When she visited last year, images of her in a costume that did not properly fit her figure made their way around social media. There was a flurry of negative comments, but there were also suggestions for her to find a band with costumes that catered to women of her size.

The full-figured model and founder of the Every Body Ah Play Mas movement is determined to be an ambassador for women of similar body weight and form.

She believes that while carnival is marketed as an event for people from every nation across the globe, there is still a need to shine some light on the topic of it being inclusive and accessible to women of various body shapes and sizes.

“My aim this time around is to see to it that full-figured females know that there is a brand that caters specifically to us despite mas advertisers that produce costumes [that they claim are] for everyone but are not willing to make alterations,” she said.

Lewis is registered with the Xaymaca band, under the Mendoza section, which is designed by Dania Beckford, owner of Broadtail Designs.

The section, which has three costume options, a full coverage, semi- coverage (minimal cut outs) and a bodysuit with multiple cut outs, for the bold and risqué individuals, has approximately 100 registered masqueraders.

Beckford said that she reached out to Lewis when persons tagged her on social media in comments last year.

“When we realised that as a plus-size woman, Nadelle accrued negative comments online because of the fit of her costume in another band last year, as a plus-size woman, I reached out to her knowing that my brand could provide the best fit that would have her feeling even more bold and confident on the road,” Beckford said.

Beckford said that Every Body Ah Play Mas has the same body positive message as Broadtail.

“We thought it would be great to have these two brands represented on the road for carnival in Jamaica, as we seek to inspire women who may want to enjoy carnival, but do not feel confident enough to do so, or just women who are struggling with body issues and want to see other women of their size empowered as they enjoy carnival,” she said.

Nadelle is looking forward to parading in her costume and show off her dance skills, which she rates as 5+ on a scale of 1-5.

Her Road March experiences are varied, and there is nothing Nadelle hates like stereotyping.

“With certain songs like Rolly Polly (by Mr. Killa), that is the time a male on the road would look for a plus-sized masquerader like myself, and I personally don’t like it, so I don’t entertain them. I don’t believe that it should be only select songs that someone chooses to wine with me. I love all soca music and I am currently vibing to Sekon Sta, who I got to meet at I Love Soca this past Wednesday. His song, Kings and Queens, truly embodies how we all should be treated on the road,” she said.