Are you a robosexual? 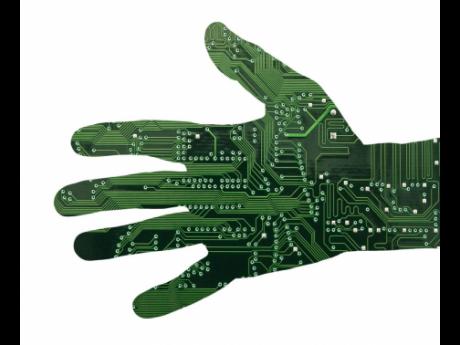 For so many people living in the 21st century, the first thing they do when they wake up in the mornings is check their phones.

Are you one of them? Various studies have reported that people are spending more time with their technical devices than they do nurturing the human connection.

According to a popular tech marketing website, more than 3.8 billion people use the Internet today, which is 40 per cent of the world’s population.

Eight billion devices will be connected to the Internet by 2020, 250 million hours of TV shows and movies are watched daily via Netflix, and the list goes on.

There are some people who take their relationship with technology to another level. That includes a sexual and romantic component.

Identifying themselves as digisexuals or robosexuals, these people are sexually attracted to robots or other technologically operated devices. Basically, they’re having sex with technology.

From sex toys to robots, the non-human sexual interaction is a space that is growing, especially with people who are not generally comfortable with interpersonal relationships with other humans.

To make matters even more interesting, the technology used to design sex robots have advanced so much, a user can customise their robot to embody the physical attributes of their favourite movie star, with the matching voice, and even upload software that can affect their responses.

Sex toys with mobile apps allow the user to carry their toy with them and apply hands-free sexual stimulation that can be timed.

There are cases where people get so attached to their robot partners that they are not interested in having intimate human relationships.

While I am a big fan of sex toys and I believe that they can be a great tool to help couples improve their intimacy, I think that when we stop trying to have human relationships, we are treading on dangerous territory.

I am still trying to understand the idea of robosexuality and digisexuality, and I think there is still much to figure out.

It’s not enough to just accept that there are people who don’t want to be in relationships with human beings, because there might be some mental issue that goes with that.

In the meantime, I think that if you are a person who has no interest in human relationships, you should really try to figure out why that is before you buy a sex robot.